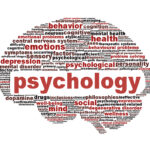 Understanding Weight Gain – Psychology. Last October I was invited to speak at the Diabetes Professional Care Conference on ‘Understanding weight gain and the risks associated with it’. During my research for this talk I gained such insight into how much of a massive topic this is. How we gain weight is incredibly diverse, yet also specific to any one individual gaining weight. Largely, it can be covered within three main factors: physiological, psychological and environmental. This blog will act as the second in a three part series and will cover psychological weight gain.

Psychology is the study of the human mind and how it works, primarily, how it impacts behaviour which will in-turn have physiological consequences. Below are the major factors that would be considered psychological in how they impact on weight gain.

Habits are formed from a very young age, with many of these orientated around food/drink. School children, due to educational commitments, are often encouraged specific meal and snack times; the continued enforcement, over years develops habits that many continue into adulthood.

These habits create cephalic phase responses at certain times i.e. the body primes itself for food at certain times. This leads to eating/drinking at times when it may not be physiologically required. Research suggests that habits can indeed be reconditioned and even completely broken and the time to do this varies on a person by person basis, with some psychologists suggesting it can take up to 90 days.

Habit reinforcement links to the neurotransmitter dopamine. Some behaviours become apparent due to their dopamine release; as dopamine increases as does motivation to do the thing that increased it. If regularly given in to this creates habits and cravings. Constant cravings can potentially lead to addiction. Some examples where this is apparent include: smoking, gambling, alcohol and arguably food.

Foods, almost exclusively containing one macronutrient, and that are minimally processed, do not seem to elicit the same dopamine response and thus cravings. However, when foods/ingredients (particularly sugar, starch, fat and salt) are combined in a processed manner the craving for these foods increases significantly, in line with increments in dopamine. As these foods are exceptionally energy dense, offer little satiation and are associated with strong cravings, consuming them regularly can lead to weight gain.

These habits, and even addictions can be broken, with arguably the first step being identification of the habit, followed by acceptance that change is needed.

Imagine this scenario – someone has just eaten a large meal, high in protein and fibre, they feel full and satisfied. Following this, if they were presented with a plain boiled potato it is highly unlikely they would eat it. If they were presented with the dessert menu they may well pick and eat their favourite, despite having no physical hunger. This would be a case of hedonic and pleasure eating since these sweet foods elicit a desire to have as the mind associates them with happiness.

Predictably, the types of foods are the heavily processed foods, which are designed to be hyperpalatable. Even thinking about these types of food can stimulate not only dopamine, but also ghrelin, the hunger hormone. The release of both of these, plus the psychological desire for the processed food can override the homeostatic satiety mechanisms. This is why some (most) people are very capable of eating sweet foods when they are not hungry, which can lead to weight gain.

Food for emotional repression and therapy

If someone gets home after a terrible day, it is questionable whether they will have the motivation or inclination to prepare a meal from scratch, using unprocessed ingredients. It is far more likely they will look to boost themselves through one of the easiest means possible: eating/drinking. Foods chosen in this scenario are largely the processed foods discussed previously and thus elicit the same cycles described above. Additionally if habits form around food consumption for this reason, these can lead to unhealthy relationships with certain foods and in worst case scenarios, eating disorders.

Food for reward and social reasons

This section also links with environmental, arguably the largest factor, so I will not go into too much detail. As above, when someone has a bad day they may eat/drink to boost themselves, the opposite may also be apparent. When someone has great news they may use food/drink as a means of rewarding themselves. This also extends out to actions of gratitude where foods and drinks are regularly used as gifts.

Near enough every social event can, to some extent, involve eating and/or drinking. Even activities such as the cinema have grown to include a massive food culture and if someone is a part of a group who are eating/drinking they are likely to conform to what they deem to be the social norm and join in, even if hunger is not present. This, albeit slightly countered by the reduced stress impact of socialising, can be a factor that leads to weight gain if one socialises in this capacity regularly, particularly when alcohol is involved.

Foods that elicit a pleasurable response can also excite. If someone is feeling bored, they may subconsciously explore ways to relieve them of the boredom. Eating/drinking is a very accessible, affordable and quick means of achieving this. A lot of people are at their happiest when they are eating/drinking. So, if someone regularly feels bored they may well turn to food. Unsurprisingly, the type of foods often consumed in these scenarios are the highly processed, hyperpalatable foods ones that are so linked to weight gain.

Question whether you are hungry or thirsty, dehydration is often mistook for hunger

If you think you feel hungry, consider if it may be as a result of certain emotions, boredom or stress

When preparing meals, opt for ingredients high in protein and fibre as these may promote more prolonged feelings of fullness

Try doing non-food related activities in your spare time, these can be habit forming too (in a good way)

In conclusion, these factors sum up some of the physiology of why and how weight can be gained.