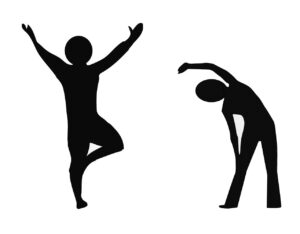 Nutritional Ketosis & Physical Activity. Glucose is the end result of carbohydrate digestion. For most of us, it is the principal source of fuel for our bodies.

If one drastically reduces their carbohydrate intake their body shifts to fat as its main energy source. This can come from the diet and from fat stores. One by-product of this fat oxidation is ketones. When ketones are continuously used for energy this is called nutritional ketosis.

Historically, dietary research on sport and exercise performance has immensely favoured carbohydrate as the primary energy source, leading into exercise, during exercise and whilst recovering. There is an abundance of research on ‘optimal’ glucose. Even fructose ingestion for these three times frames and recommendations differ depending on the individual’s activity choice and personal goals.

As a result of this, until fairly recently, those in nutritional ketosis were deemed to be in a sub-optimal position to maximise their ability to exercise. However research is emerging in this field. Preliminary findings are suggesting the body can potentially adapt and perform, regardless of its energy source.

First and foremost, it is important to consider what energy systems the body uses at different intensities of exercise.

The adenosine triphosphate–creatine phosphate (ATP-CP) system. This pathway uses all reserved energy (creatine) within 10 seconds. So cannot be sustained for longer than that. Examples include: high intensity interval training (done properly) or resistance training.

The glycolytic energy system. This provides energy for activity lasting longer than 10 seconds, but no longer than one minute. It relies largely on glycogen stores (stored glucose). Examples include: brief, higher intensity bursts of exercise, some types of circuit training and higher repetition resistance training.

The ATP-CP system regenerates ATP by itself if it rests for three to five minutes. This happens regardless of ones dietary make-up. Additionally, as the brain does require glucose the body is capable of creating it and storing as glycogen. Meaning that even if one did not consume carbs they may still have glycogen stores.

So, considering the basics of sports biology – eating carbohydrate is not necessary for any energy system. However the next obvious question may be whether it is required to maximise performance. Which is a very different matter which I will address below.

Ketosis may increase adrenaline release which could potentially reduce muscle protein breakdown i.e. may help in preserving muscle- this is of particular importance when losing weight.

There is suggested links between nutritional ketosis and reductions in oxidative stress and inflammation which could help with recovery and indeed, overall health

To be in nutritional ketosis one has to consume ~50g or less carbohydrate each day. This is obviously very restrictive so might not be considered as a sustainable dietary approach to some.

In order to sustain enough glycogen stores some people may need to do ‘carb ups’. This is where they consume high amounts of carbs for a day or two. This may help with psychological barrier too but again, does question the sustainability of this approach for some people.

As nutritional ketosis drastically reduces blood glucose it also reduces insulin. Insulin is anabolic and thus promotes muscle growth and repair. For those without insulin resistance, reducing insulin may not promote the most optimal environment for hypertrophy or muscle protein synthesis.

A lot of the research in nutritional ketosis and exercise is in overweight/obese individuals so carry over to entire populations may be questionable.

There is very little research in nutritional ketosis in non-endurance events, so again, carry over may be questionable.

The body requires less oxygen and energy to use glucose as an energy source, so theoretically the use of ketones may be sub-optimal. This may also be a driver of nutritional ketosis slightly increasing metabolic rate in some.

When in nutritional ketosis it is vital that sufficient salt and water is consumed. If not feelings of weakness and fatigue will become very apparent.

Nutritional ketosis does compliment intermittent fasting well. It has been suggested to be superior to constant calorie restriction with regards to maintenance of muscle mass and metabolic rate when losing weight.

If nutritional ketosis is your preference it may be wise to have a modified approach. 60-70% energy from fat rather than a classic approach(90% fat to ensure enough protein is consumed.

Improvements with muscle cell insulin sensitivity may help with amino acid uptake. In addition to a number of other health markers. Though this benefit may only be very apparent in insulin resistant individuals.

However, the indisputably most important factor is…. Sustainability.

One could follow the most perfect lifestyle regime (according to research) but if they despise every minute of it is not going to lead to long-term success.

If someone has researched nutritional ketosis and they believe it suits their lifestyle and preferences then great – go for it I’d say!

If it does work then great- carry on!

Does this mean it will work for everyone? Absolutely not!

So long as adequate essential fatty acids, essential amino acids, vitamins, minerals and fluids are consumed the ratio of carbs to fats is largely irrelevant and should be dictated by personal goals and preferences.

Two factors that do arguably favour nutritional ketosis here would be that ketones have been shown to reduce hunger in times of weight loss. And the type of foods that fit this level of carb restriction do tend to be minimally processed and higher in essential nutrients. These factors may enhance the sustainability of the dietary approach for some as other health benefits may be seen. Although it is up for debate whether these are as a result of the excess ketones or simply the increased consumption of high quality foods.

Overall, personal preference takes precedence. Whatever approach you see results off and can stick to indefinitely will be best and will likely have beneficial implications on other areas of ones wellbeing. This is the case regardless of whether your chosen approach is keto, low fat, Mediterranean or any other.