A Valentine’s Special: The Science of Love and How it Affects Our Health 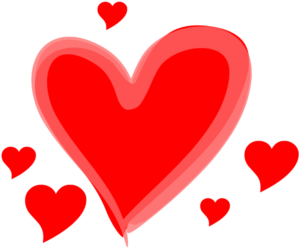 A Valentine’s Special: The Science of Love and How it Affects Our Health

How Love Affects Our Health. Valentine’s Day, the annual day where lovers express their affection.

Whilst the day is often flooded with exchanges of  confectionery, being in love floods our brains with chemicals. These chemicals cause us to feel everything from pleasure to attachment. This blog looks at the science of love. I’ll discuss what happens to our bodies and brain when we’re in love. Also, I’ll offer some weight-loss-friendly ideas to enjoy the celebration with your loved one.

Some people say love is an addiction. Whilst there is certainly room for debate there are similarities in the neurochemical processes behind love as with substance addiction. Addiction is defined as being physically and/or mentally dependant on a particular substance. There are thought to be three foremost phases accountable for falling in love. Lust, attraction, and attachment. Whilst the three phases are thought to be intertwined, each is driven by a different variation of neurotransmitters and hormones.

Lust is the longing for sexual pleasure. It is associated primarily with the hormones testosterone and estrogen. These sex hormones cause short-term physiological and behavioural alterations. Unlike romantic love, which is largely driven by the limbic system, the emotional centre of the brain, lust is controlled by the endocrine system.

The second phase of love is characterised by increased energy and focused attention. The active chemicals associated with this stage are monoamine neurotransmitters. Mainly adrenaline, dopamine, and serotonin. Which are responsible for us experiencing euphoria, a loss of sleep and appetite and occupied thoughts.

The major neurotransmitter behind the feeling of euphoria within this stage is dopamine. This is associated with desire, pleasure and reward pathways. Often known for its role in the reward system (associated with drug addiction), high levels of dopamine are also released when love-struck and therefore play a vital role in this emotion.

This has been shown by a ground-breaking study in 2005 by Fisher et al. The researchers scanned the brains of 2,500 students; viewing pictures of their someone special in comparison to acquaintances. When the photos of their romantic lovers were shown, specific brain regions rich with dopamine (ventral tegmental area [associated with please and focused attention] and caudate nucleus [associated with reward detection and expectation]).

Later research (Acevedo et al, 2011) suggested that whilst this was area was initially thought to be only activated in new lovers, couples married for an average of 21 years showed the same intensity of activity in the dopamine-rich areas.

As well as the increase in dopamine when we see our romantic lover, our body also quickly releases adrenaline. Whilst often associated with the fight or flight response, this hormone makes our blood vessel dilate. This in turn improves the blood flow, increases blood pressure and stimulates the breakdown of glycogen to glucose in the liver. Essentially, it is the hormone responsible for making us blush, our palms sweat and our hearts race!

An increase in the amount of serotonin, on the other hand, is thought to produce sensations of wellbeing. Which, in reference to human attraction, is associated with infatuation. It is also a hormone responsible for appetite suppression.

When the intensity of these feelings begin to fade (due to a tolerance to the pleasure stimulus), this leads to the last phase; attachment. This is characterised by the maintenance of a close relationship. Oxytocin and vasopressin are the main hormones linked to attachment. With oxytocin being most well-known for its role in maternal bonding. Oxytocin’s mechanism of action is through discharging or delaying the release of corticoids (or stress hormones). This gives us the feeling of overall wellbeing, safety, and security, allowing humans to bond and make social attachments. Vasopressin is linked to loyalty and protective traits that help maintain romantic relationships.

These neurotransmitters and hormones, alongside behaviour and cognitions, are all characteristics of a romantic relationship. Whilst these chemicals are involved in the feelings of love, they are also associated with addictions. Dopamine is the main one associated with the reward centre. But serotonin, oxytocin and vasopressin are also heavily involved. These chemicals have also been associated with reward mechanisms when eating certain foods. Hence why it is argued that people can become addicted to food.

Love – What the Research Says

The involvement of the neural reward systems when in love has also shown that it can help with feelings of pain, stress management, cognition. And even reduced cardiovascular risk. Not bad for that old fuzzy feeling!

Love can even help reduce feelings of pain. Research has shown that when people were exposed to pain (through being touched with a hot probe), their feelings decreased when they were shown a picture of their loved one.

Multiple large scale observational studies have suggested that married people were significantly less likely than singles to have a heart attack.

Whilst it cannot be inferred that this is due to the love per se (and is probably more likely due to security, shared stress/worries alongside a healthy user bias), it’s still relevant when thinking about our heart health. And conveniently, February is also Heart Month and raising awareness of a healthy heart. Follow the link to the British Heart Foundation to find out what you can do to help your heart health.

Research has suggested that being in love can improve your ability in cognitive tasks. This is thought to be due to romantic love activating the dopamine pathways. This has been consistently shown to boost cognition and motor skills.

There is some research out there suggesting that being in a relationship isn’t always completely beneficial to our health. The dating game and settling into a relationship can often bring an increase in late nights, meals out and alcoholic beverages. This can leave less time for our personal health goals. This can ultimately lead to weight gain.

Whilst being in a happy relationship is generally associated with improved health status among research, body weight is inconsistent. Some research shows a higher prevalence of obesity among married couples. Whilst some no difference at all. These discrepancies are due to limitations with the study design (nearly always observational), confounding factors and population differences. Yet what is consistent among research, is that BMI is highly correlated between spouses/long-term partners. Married and romantic partners have the strongest effect on an individual’s weight losses and gains.

Whatever your couple goals are, try and have some in place to keep each other healthy. We all know the powerful effect of continued support from a loved one when making lifestyle changes!

If you are engaging in the commercialisation of Valentine’s Day rather than grabbing a box of chocolates or indulging in a rich dinner, why not go for something a little healthier. This could be giving the traditional 12 red roses, a romantic walk together, having a dessert of dark chocolate dipped strawberries or making time for some physical activity (…need I say more?)

From all of us at X-PERT, Happy Valentine’s Day!