Do you have a gut feeling about your health? 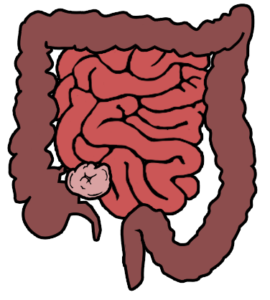 Gut Microbiota Health. As discussed in one of our previous blogs, our gut contains trillions of good and bad bacteria. These are our microbiome. Which can have an impact on our physical health. They may influence our weight and our risk of developing several health conditions including Type 2 diabetes. However, research suggests that our gut microbiota may also play a role in determining our psychological health. This week’s blog will discuss this connection and provide some tips to improve your gut microbiota health.

Have you ever experienced feeling butterflies in your stomach when you were nervous? Or felt nauseous when you were scared? This is because the gut and the brain are actually closely connected. Thoughts and emotions originating from the brain can trigger these gut feelings. This connection, known as the brain-gut axis, runs both ways; as what goes on in the gut can also have a knock-on effect on the brain. The brain-gut axis comprises of several pathways. Including nerves (e.g. the vagus nerve) and glands (e.g. the pituitary gland). Hormones, chemical messengers called neurotransmitters, and bacteria are transmitted between the gut and the brain via these pathways.

Some individuals with depression have been shown to have an altered microbiota composition [4]. An imbalance of microbes in the gut, known as dysbiosis, can contribute to increased intestinal permeability (i.e. more/larger gaps in our gut wall) [5]. This allows content of the gut such as undigested food molecules, toxic waste products and bacteria to leak through the walls of the gut into the bloodstream [6]. Increased levels of bad bacteria can also directly contribute to inflammation in the gut. This leads to our cells secreting molecules known as pro-inflammatory cytokines into the bloodstream [6].

Enhanced levels of these molecules and poor gut health can stimulate a stress response via one of the brain-gut pathways. This leads to an increased release of the stress hormone cortisol[6-9]. As anxiety and depressive episodes have also been associated with impaired function of this brain-gut pathway and increased levels of cortisol, it is plausible that poor microbiota health may contribute to the development of these (and other similar) conditions [10].

The gut microbiota may also affect brain function by deactivating the large nerve running between the brain and the stomach (the vagus nerve). However the mechanism through which this occurs is currently unclear [9]. Certain short-chain fatty acids (SCFA), produced when fibre is fermented by microbes in the gut, have also been shown to be capable of modifying nerve activity [9]. Therefore, poor gut microbiota health may influence brain activity in this way.

Education in anxiety symptoms have been observed after participants received bacteria in the form of probiotics daily for 2 months [11]. They have suggested that altering and improving gut microbiota health may be key to helping improve psychological health in some individuals.

However, studies in humans are currently few and far between, with the majority of studies using animals as their test subjects.

Stress, depression and other psychological factors can also have a knock-on effect on gut health. For example, they can affect gastrointestinal tract movement and contractions, increase susceptibility to infection, and promote inflammation. Stress can also increase gut permeability. Having poor psychological health and poor gut health may contribute to the development of other health conditions including inflammatory bowel disease, obesity and Type 2 diabetes.

What can I do to improve the health of my gut microbiota?

Diet quality is important for both the health of the gut and for the production of chemical messengers. Therefore, it is important to consume a varied diet comprising of natural and unprocessed products. Some processed foods, such as cakes, sweets and artificial sweeteners, can feed the bad bacteria. This can promote an unhealthy gut microbiota

Consume probiotics. These are foods that contain living beneficial bacteria. For example natural yoghurt, kefir, sauerkraut and kimchi. Some cheeses also contain probiotics, such as mozzarella and Gouda. By supplying us with good bacteria probiotics may help decrease the production of pro-inflammatory cytokines, reducing chronic inflammation and improving the integrity of the intestinal barrier

Consume prebiotic foods. These are foods that help to feed the good bacteria in our gut. This includes fruits, vegetables, pulses and even dark chocolate! Prebiotics may reduce stress-induced changes to the microbiota and promote diversity of the good bacteria, thus promoting the health of the gut

In addition to what we eat, other lifestyle factors can influence the health of our gut. For example, reducing/stopping smoking, learning to manage stress and increasing levels of physical activity can all help to promote a healthy gut microbiota