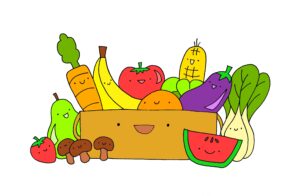 This week I will introduce the four main dietary approaches adopted by people across the world. I am going to steer away from referring to these approaches as ‘diets’ as this suggests a specific time frame with an inevitable end (and a potential for relapse). We at X-PERT believe in lifestyle changes that people can adhere to long term with all the benefits to health they may bring. Sticking with our attitude towards education, this blog will define and explain the four main approaches.

We will be looking at –

When reading about each approach, think how they may fit into your current lifestyle. Consider eating habits, your social life, work, personal appetite and of course food preferences!

A low fat approach is, unofficially when fat consumption is < 30% of total energy intake. Current ‘Healthy eating guidelines’ recommended within the UK are centred on a lower fat, higher carbohydrate (CHO) regime. With present recommendations advising a macronutrient breakdown of Fat < 35%, CHO 50% and Protein 15% (1).

It is arguably common practise to hear healthcare professionals and/or ‘dietary gurus’ advise overweight and obese individuals to adopt a low fat ‘diet’ to help shift their excess fat. The methodology behind these suggestions centres around the fact that fat is more energy dense than CHO and protein at 9kcal’s/g compared to 4kcal’s/g respectively. Presumptions are made that if one consumes less of the most energy dense nutrient, overall energy intake will drop. This  may positively influence body weight, composition and health markers. Additionally low fat has been advised due to an incorrect notion that it is detrimental to cardiovascular health. It is worth noting, the consumption of fat, specifically saturated fat, has been shown in a recent meta-analysis of 10 dietary trials including 62,421 participants to have no correlation with increased all-cause mortality and/or coronary heart disease mortality (2).

The low fat approach does indeed work for some and should not be shut down as a potential option for those with good insulin sensitivity whose preference favours CHO rich foods. The main downside to a low fat diet is that if one has a high insulin resistance excess CHO tends to be converted to fat in the liver (de novo lipogenesis) making surplus CHO intake the reasoning behind excessive fat gain.

Lastly, there is a lack of research evidence supporting this approach being the optimal one for weight loss or general health.

Low CHO dietary approaches can usually be divided into two categories: ‘low carb’ which is generally defined at <130g CHO/day and ‘ketogenic’ which see CHO dropping to <50g/day, achieving a state of nutritional ketosis. Both conditions see dietary fat increase to compensate for a decreased energy intake through reducing CHO. As well as offering a different, sustainable approach to eating, a low CHO approach aims to reduce the body’s reliance on glucose as its chief energy source. Thus reducing insulin production and hence adipose tissue accumulation (providing one is not eating to excess).

A low CHO/high fat dietary intervention is heavily backed by research where it is suggested to be arguably the best approach for long term and sustained weight loss in some individuals. This has been concluded recently in several meta-analyses comparing this approach with a low fat regime where significantly greater weight loss was reported across all randomised controlled trials (3-6).

A low CHO, higher fat approach may owe its success to fat being a highly satiating macronutrient. This is where less volume of food tends to curve feelings of hunger for longer due to a lengthened digestion process. Additionally the approach sees partakers enjoy foods they have been told to avoid for decades (with no scientific backing). So veering off course and dietary relapses are less common.

The Mediterranean style dietary (MD) approach is focused on more than just diet alone. It also incorporates lifestyle intervention through promoting eating communally as part of a social, enjoyable experience, potentially reducing stress levels. There is no set macronutrient recommendations with moderate fat and CHO intakes being advised. Instead this approach advocates consumption of specific foods such as olive oil, nuts, colourful vegetables, oily fish, fresh breads and pastas, fruit, beans, legumes, seeds, herbs and spices. Moderate amounts of poultry, dairy and red meats are recommended with avoidance of processed foods with added sugars and/or refined oils and grains. These foods offer a rough guideline as overall foods included in the MD varies significantly due to the variations of countries in the Mediterranean and their diversity of food choices.

The majority of clinical research into the MD focuses on its potential ability to reduce CVD and diabetes risk markers. This has been shown in multiple randomised controlled trials. The largest of which was held on 7447 participants who were split into three groups. MD + supplemented nuts (30g/day), MD + supplemented extra virgin olive oil (1L/week) or a control group. Findings showed the two MD interventions reduced the occurrence of a major cardiovascular event by 30% and 28% for the olive oil and nuts interventions respectively (7). Although evidently potentially beneficial for most health markers, weight loss is often reported as a secondary outcome with inconsistent results. More research exclusively on weight loss is needed before conclusions can be drawn.

Intermittent fasting (IF) is a dietary approach which cycles between times of feeding and fasting. Certain foods/macronutrients are not restricted, only their times of consumption. A common approach to this is 16:8 where an individual fasts for 16 hours and eats only during the other 8. This is commonly achieved by those who skip breakfast. An alternative to IF is alternate day fasting (ADF) where individuals alternate eating days (habitual eating) with fasting days (500-600kcals).

The concept of IF/ADF is fairly new so, unfortunately its efficacy in randomised clinical trials remains unclear (8, 9) and more data is needed, particularly long-term. One can question how sustainable this approach is as a lifestyle alteration. More research needs to be conducted on arguably more maintainable interventions such as the 16:8 approach.

As to which one will work best for you? You now know the basics behind each of the four main dietary approaches so why not try each out. Document your results and personal enjoyment. Then see which suits your lifestyle and make adjustments from there. Do not be afraid by any approach. Dietary styles are hugely individualised and what works for one person may not work for the next!

For more information and further reading, please see the new ‘Dietary approaches’ tab on our website!