What oil you should use in food preparation is a controversial topic. Some people may look at the oil’s source, whilst some may consider its fatty acid profile or shelf life. The most important factors behind which oil to choose however may be how the oil is processed and how the body breaks it down.

Let’s start by examining what a cooking oil is. A cooking oil is defined as a plant, animal or synthetic fat used in frying, baking or other types of cooking. These oils are also used in food preparation to enhance flavour e.g. when marinating or as a salad dressing. There are many different types of edible oils and their composition will determine whether they are a monounsaturated, polyunsaturated or saturated fat. This blog will cover each of these three categories and will focus specifically on:

Vegetable oils mainly include oils manufactured from seeds. Some examples include: sunflower seeds, canola, corn and soybean. Some may perceive vegetable oils to be the obvious choice due to their low cost, longer shelf-life and because they contain the word ‘vegetable’. Some may also argue they are the optimal choice because their fat is unsaturated and they have been shown to reduce total cholesterol (which as discussed in a previous blog is actually not important).

The composition of vegetable oils is different from natural fats that we have been exposed to throughout evolution. As a result of this their consumption may cause physiological changes which can contribute to multiple diseases. This includes, an increased risk of cardiovascular disease (CVD) and mortality, with strong correlations seen in observational research (1, 2). Inconclusive evidence has been found from randomised controlled trials examining vegetable oil in isolation however (3-6). Some evidence shows a correlation with vegetable oil intake on some types of cancer and severe depression too (7).

The negative effect on health outcomes and disease risk is potentially due to the pro-inflammatory local hormones produced by the body following excessive omega-6 consumption. Physiologically speaking intakes of omega-6 and omega-3 should be in a certain ratio, recommended at 4:1 (omega-6:omega-3), meaning no more than four parts of omega-6 for each part of omega-3. The current ratio in the Western world is roughly 16:1 which is contributing to chronic, systemic inflammation. The solution to this is obvious, consume less omega-6 and more omega-3, how? Reduce vegetable oil intake and increase consumption of omega-3 rich foods such as oily fish, shellfish, nuts, grass-fed beef, seeds and free range eggs.

The excessive processing behind vegetable oils is another concern which may contribute to their inverse relationship with health. The processing of vegetable oils from the natural seeds is an extensive, unnatural process which includes, cleaning and grinding the seeds before pressing them and extracting the oil. In the extraction phase a volatile hydrocarbon (a compound made up of hydrogen and oxygen) is used as a solvent (used to dissolve other substances). After extraction the oil is refined, mixed with an alkaline substance and washed in a centrifuge. This process is repeated before the oil is filtered and/or distilled, warranting it ready for packaging (see figure 1 for a summary of this process or watch this video).

Vegetable oils are even more dangerous when heated where they are highly susceptible to damage, forming volatile aldehydes that are detrimental to health. This occurs as the heat weakens the unsaturated fatty acid chains. For this reason the European Food Safety Authority advise against cooking with vegetable oil. 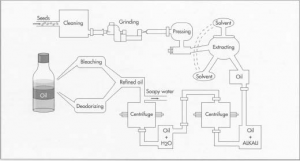 Figure 1. The processing of vegetable oil.

Olive oil is simply made by pressing olives. Sometimes olive oil is artificially extracted using chemicals or even diluted with other oils. As a result of this it is advisable to choose extra virgin olive oil (EVOO) where possible, as it is extracted using natural methods and standardised for purity following cold pressing. Additionally EVOO undergoes a range of taste and smell tests to maintain exceptional standards.

Olive oil is predominately a monounsaturated fat, high in vitamins E and K and antioxidants. These antioxidants may help reduce all-cause mortality, CVD mortality, CVD events and stroke (8). Some observational research shows olive oil to have protective qualities against the prevalence of some cancers too (9). Olive oil’s protective factors may be attributed to some of the antioxidants it contains been anti-inflammatory. Chronic inflammation has been shown to be a major risk factor of multiple diseases including CVD, metabolic syndrome, diabetes, cancer and Alzheimer’s. Olive oils anti-inflammatory properties may therefore reduce the risk of developing these diseases (10).

Consumption of olive oil has been shown to protect low density lipoprotein (LDL) cholesterol from damage (oxidation) whilst increasing number of high density lipoprotein (HDL) cholesterol, this helps regulate blood lipids and may reduce circulating triglycerides (11). Additionally it may play a part in regulation of blood glucose and insulin levels through improving insulin sensitivity (12). These are strong risk factors for the development of Type 2 diabetes.

Whether you can cook with olive oil is a debated area. Some may argue olive oil is susceptible to oxidation due to its double bond (a weakness in the fatty acid chain) as it is a monounsaturated fatty acid. As there is just one double bond olive oil is fairly resistant to high heat though (far more so than polyunsaturated fats such as vegetable oils, which contain several double bonds). One study showed even after 36 hours of exposure to 180oC heat extra virgin olive oil remained highly resistant to damage (13). Even when EVOO’s were used in deep frying, it took 24-27 hours for damage to become apparent (14). Essentially olive oil, particularly extra virgin, seems suitable for home cooking.

Coconut oil may be perceived by some to be an ‘unhealthy’ option due to its high saturated fat content, which is around 90%. Recent evidence has shown saturated fat to not be as harmful as first perceived (please see here for further reading), questioning where coconut oil consumption stands in regards to health. Coconut oil has in theory some strong positive mechanisms of action, primarily the fact that it is comprised of medium-chain triglycerides (MCT’s).

MCT’s are metabolised differently to other fatty acids of different lengths. Following absorption they are sent straight to the liver where they are utilised as a quick source of energy, or converted into ketones. Ketones may lead to improvements in cognitive function and the prevention of its decline (15), and may play a part in reducing appetite through hormonal stimulation (16). The MCT’s found in coconut oil may also increase energy expenditure, aiding in weight loss. One study found 15-30g MCT/day increased daily energy expenditure by 5% (17).

Coconut oil also contains antioxidants that may exert similar properties to those found in olive oil. These may improve blood lipid profile through increasing HDL and reducing triglycerides (18). Lastly some evidence supports the use of coconut oil in dental health as it may kill some harmful bacteria found in the mouth (19).

Research on coconut oil is very topical, yet reasonably new. More randomised controlled trials are needed to be conducted to confirm the perceived benefits although consumption seems to be beneficial to health.

It would be advisable to cut out (or at least dramatically reduce) vegetable oil consumption. Instead try to use monounsaturated oils such as olive oil, opting for extra virgin where possible as it is minimally processed, meaning the benefits of the olive are retained. Evidence on coconut oil is inconclusive, although no detrimental effects are apparent. As it has a high saturated fat content it is a stable fat, meaning it would be a suitable option for cooking with, whilst adding a delicate coconut flavour!