Sweet e-vape? Are e-cigarettes the solution for smoking cessation? 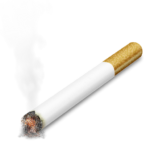 Vaping Pros and Cons. Are e-cigarettes the solution for smoking cessation?

The use of e-cigarettes (“vaping”) has been seen by many as a silver bullet to reduce smoking rates. Many healthcare professionals and influential institutions (including the NHS and Cancer Research UK) support this claim. But despite this, their use isn’t completely without controversy. In this week’s blog, we take a brief look at some of their possible pros and cons.*

It is an irrefutable fact that smoking is bad for your health (and there aren’t many of those in the world of health research). It is one of the worst lifestyle decisions you can make. There is consistent evidence showing it can cause, and/or is associated with, a number of serious health conditions. Therefore, anything that can help people give up (or at least reduce) smoking is a good thing.

There is evidence available to suggest that e-cigarettes are effective for achieving a reduction in smoking rates (for example, this). So it appears they can play a useful part in public health improvement. As long as there are not any downsides that would counteract these benefits.

One of the points raised as a concern is that the use of e-cigarettes might act as a “gateway” to non-smokers starting to smoke. The basic logic goes that they might perceive e-cigarettes to be harmless. So they might consider using them when they would never have made a conscious decision to start smoking. It is then suggested that the step from e-cigarettes to actual cigarettes is a less significant step than from not-smoking to actual cigarettes. Therefore you might inadvertently end up with people who would never have smoked becoming smokers.

It is difficult to fully appraise these claims. Partly as it is hard to say who would have gone on to smoke and who wouldn’t anyway. There is also a limit to the amount of data that is available. Although there is some data suggesting an association between e-cigarette use and non-smokers becoming smokers and there are even models exploring how this relationship might be causal.

Overall there doesn’t seem to be enough evidence supporting a gateway effect to justify this as an argument against e-cigarette usage. But it is still a question that future research should continue to consider.

There are also some concerns around what substances people may be exposed to when they use e-cigarettes. To create the vapour which users inhale, e-cigarettes contain a liquid which is heated. This vapour can include a number of chemicals. Which ones will vary depending on which specific products are used. The important question is therefore, what is the effect of these chemicals once they have entered the body? It is not unreasonable to think that introducing foreign substances into our lungs might have a negative effect on our health. It is also possible that some of these effects might not be apparent for many years.

Despite there being some evidence that e-cigarettes contain some substances which can, or at least might, impact on our health, the best available reviews (see the links in the footnote for example) have concluded that the risks are much lower than those associated with smoking cigarettes. E-cigarettes include fewer harmful chemicals and in smaller amounts than cigarettes. Authoritative reviews of the subject concluding that they may be at least 95% less unhealthy than cigarettes.

However, these conclusions do not mean they are risk free. Being less unhealthy than smoking is hardly an endorsement. And it is essential that we continue to monitor the impact on health of those who use e-cigarettes and that we do not become complacent.

E-cigarettes should NOT be considered healthy or harmless. There is evidence of some short term negative effects and there are questions regarding their medium and long-term impact, largely as the data simply aren’t available.

The best available evidence suggests they are MUCH less unhealthy than smoking cigarettes.

If a smoker swaps cigarettes for e-cigarettes, that is good.

If they can then give up e-cigarettes too, that is better.

If a non-smoker starts using e-cigarettes, that is bad.

If they then go on to start smoking real cigarettes (i.e. if there is a gateway effect), that is worse.

* Rather than providing an in depth review of the research this blog is just a short summary. If you are interested in more in depth analyses of the current research you can find Public Health England’s 2018 analysis here and the position of the British Medical Association’s Board of Science here.

As with all our blogs and other work we’d love to hear your thoughts and feedback, so feel free to leave a comment on our Facebook page, drop me an e-mail at sean.wheatley@xperthealth.org.uk, or tweet us/me at @XPERTHealth or @SWheatley88. You can also register for our FREE online forum!