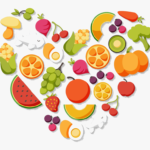 Antinutrients or antinutritional factors are “natural or synthetic compounds that interfere with the absorption of nutrients”. The majority of the research in this area focuses on certain compounds in plant foods which cause certain nutrients to be poorly absorbed. Whilst not a concern generally, those who follow a very restrictive diet or those in a nutrient deficient society may need to be more aware.

Awareness of antinutrients is important in these two cases. Consuming vast quantities can lead to nutrient deficiencies and in extreme cases, malnutrition. Whilst often portrayed in a negative light, there is emerging evidence to the benefits of consuming certain antinutrients. There are synthetic antinutrients, however this blog is only focussed on the biologically active compounds found in plant foods.

There are a variety of antinutrients in our diets but here is an overview of the most commonly researched:

Glucosinolates are sulphur-containing glucosides, biologically active and found in cruciferous vegetables (e.g. broccoli, kale, and cabbage). They are classified as antinutrients as they can prevent the absorption of iodine. This can interfere with thyroid function which can result in the development of goiter and other associated problems. The people most susceptible to their antinutrient properties are those with iodine deficiency or hypothyroidism. Whilst this might seem to be a reason to avoid glucosinolates, evidence suggests that they have chemopreventive properties. This is due to their role in the formation of isothiocyanate as part of a defense mechanism in cruciferous vegetables.

Lectins are a class of proteins that bind to carbohydrates and are found in most food. The highest sources in our diets are legumes, seeds, and grains. They are thought to have evolved as a natural defense in plants to stop them from being eaten. Known as antinutrients, they as are thought to interfere with the absorption of certain nutrients including calcium, iron, phosphorus, and zinc.

However, there remains to be limited research on the amount of active lectin actually consumed in our diets and the effect on long-term health. Similarly to glucosinolates, research has indicated that lectins induce apoptosis and autophagy of cancer cells. This indicates they have the potential to be used in anti-cancer therapy. Since they bind to carbohydrates, a further suggested beneficial property of lectin-containing foods is that they slow down digestion and absorption of carbohydrate. In this respect they may affect blood glucose and insulin levels.

Oxalate is derived from either endogenous or exogenous sources; commonly found in many foods and as an end product of metabolism. The highest sources of oxalate in our diets are nuts, especially almonds, and various vegetables (such as spinach and rhubarb). Oxalates are known as antinutrients because they bind to calcium during digestion, preventing it from being absorbed. For example, research suggests that only approximately 25% of the calcium in rhubarb is absorbed due to this. For sensitive individuals, diets high in oxalate can also contribute to the formation of calcium oxalate crystals and other health problems. Therefore, those who tend to form kidney stones may benefit from reducing consumption of foods high in oxalate. However, healthy individuals do not need to avoid them.

Phytates are the main storage form of phosphorus in whole grains, seeds, legumes, and some nuts. They are thought of as antinutrients because they decrease the absorption of iron, zinc, magnesium, and calcium and can, therefore, promote mineral deficiencies. Also, they have been shown to have several health benefits. These include being protective against kidney stones and cancer through inhibiting calcium salt crystallisation. Also evidence suggesting they induce apoptosis, therefore, potentially having a potent antioxidant function. Research has also suggested that phytates have beneficial effects on lowering blood glucose and lipids.

Whilst it is not exactly known how much nutrient loss occurs due to antinutrients, there are a few methods that can be used to help remove/deactivate them in plant foods. The most common is cooking and/or preparation including boiling, soaking, sprouting, and fermentation. This is due to many of them being water-soluble or degrading with heat. Hence this is one of the reasons why you can eat cooked beans for example, and not those that are raw. Sourdough is also a good example as the live bacteria which is used in the process effectively degrades the antinutrients in the grains.

Another method to reduce the antinutrient properties in plant foods is to eat a variety of different nutrients/foods daily, whilst avoiding eating a large amount of a single food at one meal time. This can help reduce loses in nutrient absorption caused by the compounds listed above.

As well as these methods to reduce antinutrients in plant foods, there is also now the possibility to reduce antinutrients using genetic engineering. An example of this is reducing phytic acid and enhancing micronutrient bioavailability in grains. As previously mentioned, whilst this isn’t necessary in the Western world – this may be a future solution for those in developing countries with micronutrient malnutrition.

It is not known how many nutrients are lost due to antinutrients as other factors including individual metabolism. Cooking methods and preparation will alter the nutrient availability and absorption. Many antinutrients can be removed, deactivated or minimised by preparation and cooking methods. It is only those who are at high risk of diseases related to nutrient deficiency (such as osteoporosis) who may wish to consider food choices. there are a lot of misconceptions around antinutrients. Many having beneficial effects on overall health, so avoiding them completely is not recommended.